What (further) did Bitcoin achieve – breaking the taboo on self-issuance

(Author’s note.  This is the third in a series of posts within a grander vision. Part 1. Part 2.) 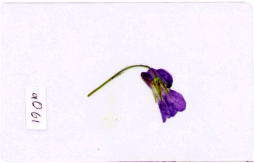 Pressed Flower Money
I spent 20 years trying to get a date with Ricardo. There were two huge problems. One: financial cryptography was banking. Banking was done by banks, and they certainly weren’t going to share their toys with anyone.
Two: as people were happy to hint to me, this was illegal. Nobody wanted to share a jail cell with me, albeit, people were less happy to tell me that in words, I had to read it in their eyes.
Actually it is the same problem, the same taboo, the same myth: that we can’t contract our own issuances.
Hayek nailed it in his Free Banking classic, Denationalisation of Money. Mises and Rothbard and many others wrote extensively about it. Cooperatives like WIR did it, as did communities like Ithaca. I participated with flower money, with social savings, with anything I could think of.
But nobody could make it work in a commercial, scaleable setting.

It’s not as if we didn’t try. In the 1990s, Chaum’s blinding formula and Digicash captured the public imagination, but commercially it contracted terminal asthma in childbirth. Paypal started out in a sense along this line, but quickly morphed into a credit card substitute handling eBay transactions – not a mistake if you consider how the founders now shoot for the moon. e-gold strived mightily to get past a billion dollar transaction flow before running into the open knife of regulatory displeasure. Bernard von Nothaus fought the law, and the law won. Again. (Many others like WebMoney deserve a byline, but this is not a historical post, it’s an observation on one tipping point.)

In Europe, they at least signalled their Teutonic displeasure with a series of policy documents and directives that made digital cash as if banking which meant it was permitted, for political kudos, but uneconomic except for banks, for lobby points.
So I and my team moved to the Americas, only to run into the bear hug of the post-911 federales. Everyone’s a terrorist this year.
Satoshi Nakamoto got it 100% right – interference was the cancer on an issue of value, and the boots of many have stamped all over the history of financial cryptography.
When Bitcoin was launched in early 2009, one of the things that made it work was that finally, there was no centre to shut down. It wasn’t that we couldn’t trust each other, or we couldn’t trust an issuer, or that the founders’ morals were suspect. It was that we couldn’t trust others who weren’t us to not interfere. Whether they be banks or thieves or taxation or the prosecutor or roving bandits or ISPs, or or or – the attackers had the upper hand, and they unfortunately tipped the balance of the scales. There were too many of them, we were too few, we did not survive.

Which had the important side-effect of providing permanent and credible proof that Bitcoin’s success and benefit is inextricably and positively correlated to the negative impact of the boot, and Satoshi Nakamoto got that prediction right. If you believe that Bitcoin is good, then interference is bad. If you believe that e.g., state regulation is good, then Bitcoin is bad. OK, it’s a bit more complicated that that, but you might be forgiven for believing the simplistic dichotomy, as there is no other way to headline it:

Never before have so many in so much need of a simple money been so denied.

Which dramatic dichotomy, all, has played out in a million comments, and a thousand authoritative articles, and out of this has been borne the community’s aphorism of censorship-resistance.
But something else more subtle has come out of the dialogue:

“There is no longer a taboo on money. Bitcoin is not really about the loss of power of a few governments, but about the possibility for many more people to experiment with the building of new constituencies.”

Jaromil, Bitcoin, the end of the Taboo on Money

600 altCoins can’t be wrong. We may not like them, but most of us in the community agree on their right to issue. Yet, more, this thing, innovation, right, movement, has slowly, inexorably seeped into the centres of power. London, New York, Tokyo, Sydney, Toronto, wherever there be power, finance, money, the banking corporations of the old style are moving to adopt the demon blockchain.  We agree on altCoins right to issue, and we accept the banks’ right to also issue, and we welcome their acceptance of the revolution at hand.

We who are about to Try, Salute You

Even regulators, not holders of our debt, those emperors before us, are begrudgingly accepting the fact that the absence of a centre means the absence of a regulatory nexus, which then leaves issuance in a disturbing place – it is now ours to try.

Try we will, the taboo is broken. Satoshi Nakamoto have proven our right to issue.
And for that, those of us who tried, we salute you. All of you, wherever you all may be.

All of the content published on this site is strictly for informational and educational purposes and neither does it constitute investment advice nor solicitation to buy or sell blockchain-based tokens or securities. No investments whatsoever should, therefore, be made based upon information provided or discussed by any guests or hosts appearing within this video or audio content.

Any appearance by any company or individual does not infer any kind of endorsement by Scrumline Ltd (trading as Coinscrum) of either their products and/or services or in any related investment opportunity that they may be pursuing from time to time.

Crypto-tokens and equity investments are high risk in nature and you should always take the advice of a professional financial advisor from within the jurisdiction in which you reside before making any investment decisions.

Coinscrum: Reflections On A 10-Year Voyage

This website uses cookies to improve your experience while you navigate through the website. Out of these cookies, the cookies that are categorized as necessary are stored on your browser as they are essential for the working of basic functionalities of the website. We also use third-party cookies that help us analyze and understand how you use this website. These cookies will be stored in your browser only with your consent. You also have the option to opt-out of these cookies. But opting out of some of these cookies may have an effect on your browsing experience.
Necessary Always Enabled
Necessary cookies are absolutely essential for the website to function properly. This category only includes cookies that ensures basic functionalities and security features of the website. These cookies do not store any personal information.
Non-necessary
Any cookies that may not be particularly necessary for the website to function and is used specifically to collect user personal data via analytics, ads, other embedded contents are termed as non-necessary cookies. It is mandatory to procure user consent prior to running these cookies on your website.
SAVE & ACCEPT